It looks like you're new here. If you want to get involved, click one of these buttons!

Your Tech Provider Could Be Spying On You 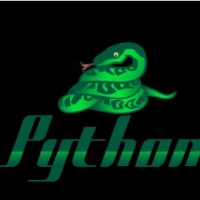 If you may become a politician or controversial person, and the owners of your tech provider don't share your political views, you may be in trouble.

Your domain registrar or host could spy on you to actively look for illegal activities as they did against President Donald Trump.

So if you're politically left, you should stick with left leaning tech companies like AWS, Google, or Digital Ocean, and if you're politically right leaning, you should use tech providers with sympathetic owners like @Terrahost, Sibyl.li, (Rob monster), Rightforge.com, IncogNET.io and MXRoute. Liberals obviously have a significant advantage in vastly more tech companies who kowtow to the left.

Durham states that the internet company that Tech Executive-1 worked for "had come to access and maintain dedicated servers" for the Executive Office of the President as "part of a sensitive arrangement whereby it provided DNS resolution services to the EOP." "Tech Executive-1 and his associates exploited this arrangement by mining the EOP's DNS traffic and other data for the purpose of gathering derogatory information about Donald Trump," Durham states.

Lawyers for the Clinton campaign paid a technology company to "infiltrate" servers belonging to Trump Tower, and later the White House, in order to establish an "inference" and "narrative" to bring to government agencies linking Donald Trump to Russia, a filing from Special Counsel John Durham says.

This Fox article is here:
https://www.foxnews.com/politics/clinton-campaign-paid-infiltrate-trump-tower-white-house-servers

While @Jar worked at DigitalOcean.com, he caught his supervisor and co-workers actively looking for dirt inside the account of a conservative figure who made the mistake of trusting DigitalOcean with his data. Jar has the saved evidence of these shenanigans on disks to this day.

It was a Democrat Political PAC that funded the out-of-context video compilation of Joe Rogan using the N-word that almost knocked him off his Big Tech platform at Spotify.

When the Board overseeing former owner of Papa John's Pizza, John Schnatter, hired the wrong tech PR company to help "improve his image with PR training," they actively and successfully conspired to destroy his reputation because he was a conservative. John had a recording of Laundry Service executives (PR company) "plotting to damage" his reputation. John was removed from the company he founded because he forgot that many liberal ideologues run these companies.